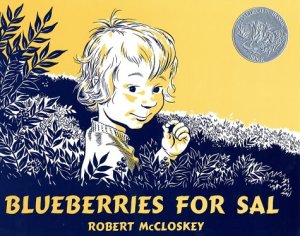 The illustrations of Robert McCloskey in books like ‘Blueberries for Sal, or ‘Make way for Ducklings’ are mainstays that reminds people of their childhood.

“We are ecstatic to have this opportunity to work with the McCloskey family,” said Dede Wilder, lead designer and co-founder of Maine Arts Publishing. “Not only is it an honor to work with Robert McCloskey’s images as a graphic designer, but to be part of a project that will bring his work to another generation of young people in new graphic forms beyond his traditional books.”

A Brunswick, Maine, company- Maine Arts Publishing- now will be making prints, paper, posters, notecards and flipbooks featuring McCloskey’s characters. The watercolorist lived on Deer Isle until his death in 2003. Many of his books capture life on Maine’s coast.

The publishing company was founded in 2012 and is located in Brunswick at the Fort Andross Mill.The new product line will be introduced at the New England Made Giftware & Specialty Food Show in Portland.